There is a possibility for vehicle price increment in near future and there are some predictions about the increase of gasoline price in budget bill of next year. The concurrency of these predictions would have effects on market. 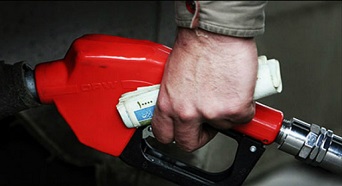 Khodrocar – The topic of government budget bill is hot these days and there are some predictions about it. One of important matters about the budget bill is the price of energy.
Last year members of parliament disagreed with fuel price increment but now their point of view has changed and due to the economy condition, price increment is out of their control but how this increment will happen?
Most of parliament’s members believe that price increment should be step by step and sudden rises are not good for the economy. The Commission of Energy came with some plans for example giving gasoline share to families instead of cars or increasing price for high consumers which will be decided.
On the other hand, the gasoline price will increase while vehicle price would get higher next months. This concurrency would have bad effects on the market so we have to wait for the officials’ decision.
"The price of fuels didn’t change in the budget of last year and the parliament went against it and that was a right decision. I was against the price increment those days.” Gholam Reza Sharafi, member of the energy commission told khdorocar reporter.
"In the current condition the price of gasoline in Iran has a great gap with its real price. However our index is not international price but the low price of gasoline has made  different problems like smuggling and economical losses.” He added.
"In this matter the social justice should be done and price of fuel should be rise for high consumers. The gasoline price should be rise step by step and the government can define a celling for subsidy and more than that deadline price people have to pay more for fuel.” He said. "It is suggested that the price of gasoline in a two-to-five year period will gradually change to its true price, as a one-off increase in price will hit the economy of the country.”
Khodrocar Reporter Hadi Sianaki
Khodrocar translation: Amin Zamani
Tags: Khodrocar
Visit Home Send to friends Print
Share To:
subscribe to newsletter
Your Comment