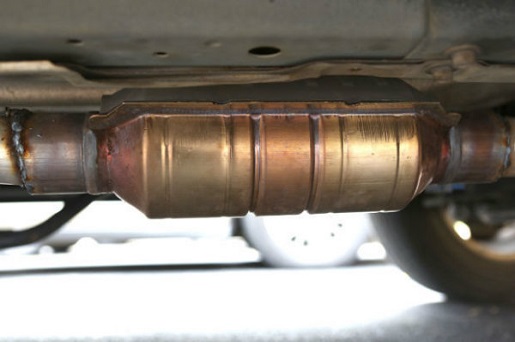 Khodrocar – Getting technical inspection is heated up in Tehran because new pollution policies are to reducing suspended particles. Any traffic of cars without inspection is illegal right now and have a 500 thousand IRRs fee.
One part of cars to reduce pollution is catalyst which is very important. The component is helping the car to get the technical inspection. This component is installed in Iran in all cars equipped with Euro 2 standard
Recently, drivers are using non-standard and rental catalysts to ditch the technical inspection. Chairman of Tehran Air Quality Control Company one exhaust manufacturer outside of Tehran is producing non-standard catalysts and we are about to close it. The topic of fake, non-standard or rental catalysts should be solved soon to prevent the plan failure.
"Catalyst is an important part and it price has reached to 7 or 8 million IRRs and then it got rare. No one wants to have a damaged car but if they are looking a second way then they should be forced to ditch the law.” Abbas Majidi Nejad, president of technical inspection association told khodrocar reporter.
"Alongside main jobs there would be some fake works and inspection centers can’t do anything for it because while they are testing a car, that car has all components. After that other organizations should be careful about cars standards. If someone wants to take a technical examination in this way because he has manipulated his car, the technical examination is void.” He said. "Whenever winter comes officials are thinking about the pollution but shouldn’t they think about this matter earlier with better planning?”
"The main problem is lack of metropolitan management because we don’t have any clear plan about the pollution and we just say this matter whenever winter comes and we just fooling inspection centers and lower the quality so the whole system won’t have advantages.” He added.
"False and non-standard catalysts are related to the standard organization. When these products are supposed to be sold, they have to go through certain bases and ducts, since these bases in our country do not have direct government oversight. Finally, some products enter the market. On the other hand, fake products are smuggling into the country and doubled the problems.” He said. "Catalysts should be checked in production and distribution but right now governmental supervision is not enough.”
According to Navab Hosseini Manesh catalysts have valuable metals inside themselves but after price increment and market turbulence some producers are taking the valuable metal so catalysts won’t act like before. Repair shops are using these catalysts with half a price. Since these catalysts have been marketed in the market, it seems that regulatory authorities should monitor their market, so that plans such as a reduction plan for metropolitan air pollution like Tehran could be useful.
Khodrocar Reporter: Sepideh Ghazi Nejad
Khodrocar Translator: Amin Zamani
Tags: Khodrocar
Visit Home Send to friends Print
Share To:
subscribe to newsletter
Your Comment