The ministry of Industry, Mine and Trade announced the conditions of importing diplomatic cars but while since the beginning of the year all vehicle importation banned is these conditions really necessary? 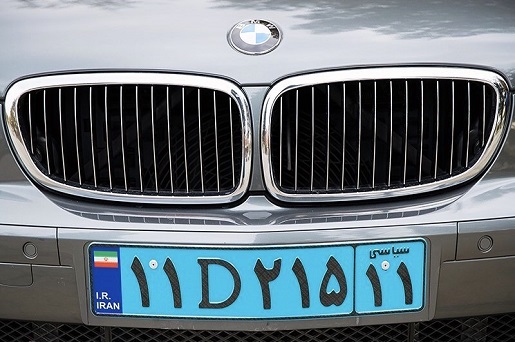 Khodrocar – Vehicle importation banned in June and this news impact on importation companies and half of them closed and if this continues all of them will close and there would be no name of these companies in the near future. America’s sanctions are additional reason for these bad happenings.
Ministry was serious in this matter and banned all vehicle importation because they were unnecessary and luxury and they even banned this kind of importation for all offices too. However, recently ministry has sent a letter to all its organizations in all provinces and announced new conditions of vehicle importation for international organizations, diplomats and official political employee in Iran.
In this letter said, these people have permission to import one car with over 2500 cc displacement or with value of over 40000 $. It’s also mentioned that in time of selling inside country all conditions of importing should be obeyed.
It is not clear that is it necessary for diplomats to import vehicles with over 2500 cc displacement into the country? And won’t they sell cars in Iran’s market and again we will see luxury cars inside the country?
"It’s not a new or strange matter and diplomats had permission to import cars even during the war. This is because of some political protocols which IRI has accepted it and have to give the permission.” Farbod Zaveh told Khodrocar reporter.
"In this official letter we are seeing that they can only import one car with displacement of over 2500 cc or expensive that 40000 $ and below that has no limitation. But important thing is these cars can’t be plated and sold in market. They can sell the car 4 to 5 years after using so they can’t hit the market. The number of these cars won’t exceed 50 units. These car’s won’t be plated and sell to a none diplomatic Iranian.” He added.
As this expert of auto industry said these cars won’t make any difference in market and they won’t make any concern in the market of luxury cars.
Khodrocar Reporter: Sepideh Ghazi Nejad
Khodrocar Translator: Amin Zamani
Tags: Khodrocar
Visit Home Send to friends Print
Share To:
subscribe to newsletter
Your Comment