Automakers Effort to Keep the Balance of Market

Automakers wait is over and new prices for local cars are coming in next week. Now the question is what would be the reaction of society and will new prices could save automakers and part manufacturers from current condition? 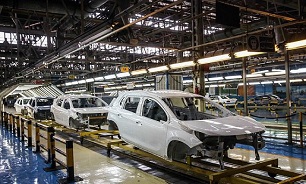 Khodrocar – according to deputy of minister in industry affair new car prices will be announce next week and they considered all aspects like final costs of automakers and rights of customers.
Automakers wait 5 months for new prices and of course they won’t be happy because their request was liberalizing pricing not announcing new prices. Automakers announced before that pricing vehicle form different organizations has made these difficulties and pricing should be liberalized.
"At first we have to wait till the prices announce because pricing done to be beneficial for people and also cut the hands of brokers form the market. We expect to see consumer’s rights organization as a branch of ministry of Industry, Mine and Trade set the final prices and announce it very soon.” Ahmad Nemat Bakhsh, secretary of automakers association told khodrocar reporter.
"I have to blame former minister because he didn’t want to be at the center of attentions after new prices for cars then he postponed it but I hope to see new minister execute the plan as soon as possible.” He said.
"Of course we are worry about the price increment but in the current condition when cost of first material is increasing there is no way but increasing prices. If we want to see automakers working again we should accept the new prices. 2 major automakers suffered 55000 billion IRRs losses because of late pricing.” He said.
"They thought to keep prices differences with the side market less than 5 percent so those cars with side market prices should have price less than the side market now. In this matter fake request will be removed and automakers can pay back to part manufacturers and keep them away from bankruptcy. Also part manufacturers should have profit to keep producing and importing high quality parts.” He mentioned.
These days automakers are struggling with 55000 billion IRRs loss, production and presale of many cars and also their debt to part manufacturers maybe the only way to save them is announcing new prices but we have to wait till new prices announce from the government.
Khodrocar Reporter: Negar Mir Karimi
Khodrocar Translator: Amin Zamani
Tags: Khodrocar
Visit Home Send to friends Print
Share To:
subscribe to newsletter
Related News
What Will Happen to Importers Companies’ Customers?
Government and Parliament uncertainty in the automobile market organization
60 Percent of Importer Companies Closed
Your Comment