In the first half of July, after closing SABTARESH, vehicle importation ban and USA exit the JCPOA, importer companies decided to shrink their companies and now according to secretary of vehicle importers association near 60 percent of companies closed in the past 5 months. 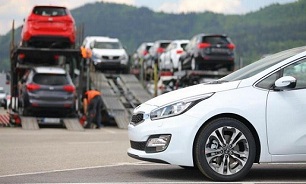 Khodrocar – After vehicle importation banned at the beginning of July some companies tried to shrink the human resources in order to keep going. Some companies limited number of companies to one company and others decided to close the doors.
Days passed and first phase of sanctions with focusing on auto industry started and even those who hope for a better future disappointed and start to close their companies. They give the remaining cars and document to customers and stop the process of trading completely.
Some others decided to close the companies against the inner willing because there were no foreign partner remained in the country. Remaining companies are saying that after clearing 15 thousand cars which are stocked at the customs and giving them to customers they will close their doors too.
"At least 60 percent of importer companies closed and the rest are about closing. Continuance of this way will close and other remained companies and at the beginning of the New Year we won’t have any importer company.” Mehdi Dadfar, secretary of vehicle importers association told khodrocar reporter.
"Some said that sanctions are focusing on local production not importation but we are observing another thing right now and those should come and say their opinion now. The sanctions are focused on auto industry and there is no specification between production and importation.” He added.
"If we had a smart local production with planning and contract with foreign supplier then we would see the boom of production but we are not having any of those.” He said. "In the current situation we are seeing that people are shareholders of auto industry but only 100 will have profit and the rest will suffer losses.”
These days we are hearing about closure of importer companies one after another and it seems in the next year we’ll only have some local producers and other companies will join the memories.