These days IKCO and SAIPA are not very well. After importation ban and turbulence of currency rate now absorbing finance for continuing the work has become a problem for them. 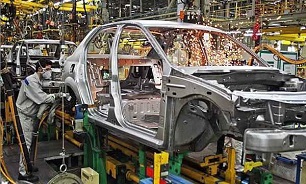 Khodrocar – Problem of financing in auto industry these days has become bolder and they may suffer some irrecoverable losses by continuing of this problem. Two major automaker of the country are suffering from big losses during past 6 months and it’s a result of governmental control of economy.
As a proof we can mention sudden decisions, management changing and undecided foreign contracts. If these two automakers continue this way till the end of the year then they will face bigger trade law problems.
"At the moment, talking about foreign investment is a bit imaginary. After the JCPOA we could use the chance but we just ruined our chance at that moment and the performance of Industry, Mine and Trade ministry was a disaster. Interferes of the minister at the time in the foreign contracts was ruined the golden chance and we didn’t use it at all.” Farbod Zaveh, an expert of auto industry told khodrocar reporter.
"If we look at the financing process of auto industry we would see that most of finance supplement was from the government, governmental banks and customers. In the current situation while government and banks are distracted by other problems they may pay less attention to auto industry.” he said.
"In fact, the internal financial structure and the general trend of management in the industry, especially in foreign trade affairs and especially in the past seven to eight months, are so disturbed and unplanned that we have experienced a bad situation.” He said.
Auto industry condition is getting worst every day. Because of the new sanctions we can’t count on foreign investments in the auto industry and part manufacturing and we can say that they put a "No Entrance” sign in front of this industry. Zaveh believe that the government should leave the economy alone because they showed that they aren’t able to manage the economy and should let the economy find its way. The government should focus on the big picture of economy and help the industries to exit crisis by reducing its interfere.
Khodrocar Reporter: Sepideh Ghazi Nejad
Khodrocar Translator: Amin Zamani
Tags: Khodrocar
Visit Home Send to friends Print
Share To:
subscribe to newsletter
Related News
Iran’s Position in Vehicle Industry Revolution
Delay in Plan of Organizing Auto Market
The Plan of Organizing Auto Market Changed
Losing the Chance of moving technical Knowhow because of Government’s Laziness
Your Comment