The plan of organizing the auto market was called to be a way to save the auto market and help the government to manage this industry and market but the plan still remain in the parliament and it changes every day. 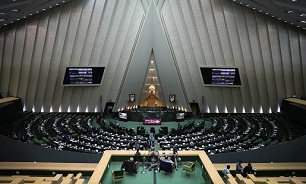 Khodrocar – 6 months ago the parliament started the plan of organizing auto market and during this time the plan has been reviewed several times by the members of the industry and mine commission and they changed it every time and execution postponed. First USA sanctions were a reason to postpone the plan and other time they said the plan needs more work.
Laziness in finalizing the plan has happened while between April to November the industry has changed a lot. During this time the industry suffered a lot which was from finance and the worry of future. Problems of auto industry were final price increment, reduction of production in fall, exit of foreign partners and unclear future of producing joint venture vehicles.
The plan wrote to be controlling and organizing the auto industry in all aspects from production to foreign import but since then the plan has not be executed and these two section suffered most and executing the plan in the current condition won’t seem to be beneficial.
In the mentioned 6 months price of local cars doubled and pricing is on the hand of brokers and also imported part and first materials with the dollar of 42000 IRRs are not allowed to be clear from customs unless by pay the price difference. Therefore, price of imported vehicles has boomed and broke all records in the market and now second phase of sanctions started.
The plan of organizing auto market is going to have name change and be called plan of organizing auto industry. it’s hoped that this time the parliament could help the government to organize the industry and remove all obstacles around it.
They shouldn’t put all responsibilities on the shoulders of the government because if the government has the ability to organize the market then why the parliament interfere in this path in the first place? Another question is why the parliament does not consider urgently for this important and strategic industry and make a little hope in the heart of activists?