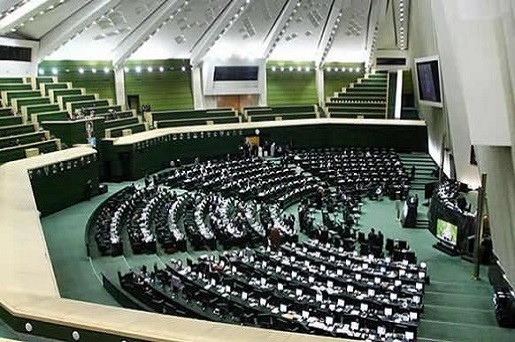 Khodrocar - As one of the members in commission of industry and mine of the parliament said making zero the tariffs of vehicle importation has been discussed in the parliament and he thinks that is positive for the industry and we shouldn’t forget to support local producers.
Javad Hosseini Kia once told khodrocar reporter about the benefits of plan of organizing market and said in this plan we have part to reduce tariffs of hybrid car to zero. Also, supporting local auto makers in a certain thing in this plan and they should compete to increase quality.
Now some members of the parliament are most agree with reducing hybrid and all electric vehicle’s tariffs to zero while right now the most important problem in this section is not importation tariff of hybrids but the most important problem is lack of infrastructure for importing and have open market for this vehicles.
Of course it is obvious that hybrid cars have benefits for the environment and pollution reduction and because of that the plan paid more attention to this matter. The certain thing is the sudden decision of the government for supporting local producers. Interesting point is importers will support importing these cars because fuel consumption reduces and technology will enter to the country but infrastructures for these cars in not ready yet.
"Members of industry and mine commission of the parliament believe that tariffs should reduce to zero for all electric cars and tariffs for other cars should be determined due to the fuel consumption.” Mahnaz Ramezani, expert of hybrid vehicles told khodrocar reporter. "The question is if the government wanted to make decision then why the parliament took part in auto market? The plan has changed since the last time and it is the plan to organize auto industry which some parts removed.”
"In one part of this plan has been said that all electric vehicles have trade profit and customs rights are forbidden for them. On one other part of this plan it has been said that the government is responsible to support hybrid and electric vehicles for 5 years.” He said.
"In the matter of importing hybrid and all electric vehicles there are some reasons like transferring technology and knowhow to country which needs support.” He added. "For example we can have an agreement with foreign automakers to import hybrid products only.”
About 7 months ago the plan of organizing auto market started from the parliament and about 1 months ago the plan has been more serious in the commission of industry and mine.
Khodrocar Reporter: Negar Mir Karimi
Khodrocar Translator: Amin Zamani
Tags: Khodrocar
Visit Home Send to friends Print
Share To:
subscribe to newsletter
Related News
Losing the Chance of moving technical Knowhow because of Government’s Laziness
Violation of the Trade Law with the Car Import Ban
The Breath of Auto Industry is Counting/ Auto Industry Awaits for Rahmanai
Will Rahmani Help the Commercial Vehicle Producers?
Vehicle Inspections Would be more Serious?
Your Comment