Violation of the Trade Law with the Car Import Ban 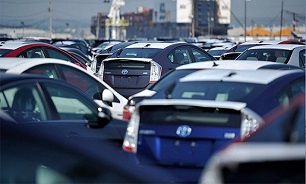 Khodrocar – The government and parliament are working on the vehicle importation ban during the past 4 months but they don’t get any result and every day negative effects of this law getting more obvious on the auto market and its activists. Vehicle importation ban started since July in order to classify the importation but it seemed to be temporary not executing it harder than sanctions.
Now after 4 months the government hasn’t said anything about the future of this plan and the time of restoring importation is not clear so the auto industry is suffering losses. Parliament members said that this ban is temporary and it is a prevention to exit currency from the country but importers are saying that they are ready to import cars with their own money not banking currency.
According to the part 22 of country’s development plan putting non-tariff and non-technical obstacle and ban for importation is forbidden and the government could put tariff to limit importation like vehicles. So everyone believes this law is temporary. The question is as the second phase of sanctions began today and international relations will be restricted, why governmental officials and members of the parliament didn’t think carefully to reduce the importation restrictions and inner sanctions?
Members of parliament opinion about ban of vehicle importation
Saeed Bastani, member of industry and mine commission of the parliament said the vehicle importation was not a good idea and the ban should be removed.
Vali Maleki, speaker of industry commission who was a supporter of this ban said the importation should be eased and tariffs should decrease to 20 percent till 1400. The government should decrease tariffs which were increased to 40 percent and they should reduce it 5 to 10 percent annually.
Vice of industry and mine commission announced that the government broke the rule for banning importation. Fereydoun Ahmadi, the government decision is against consumers’ rights because people should be free to choose their cars.
He added that they will review the approval in the commission again. According to this decision local automakers thought that they don’t have any competitor in the market. Also their decision has increased the local car’s price insanely.
The clearance of 20,000 remaining vehicles was not enforced
After the vehicle importation banned the hope of clearing 20 thousand cars in customs was in the heart of importers but this matter didn’t happen and all of those cars remained behind the doors of customs. These cars registered with 42000 IRRs dollar but the government asked for the difference in price and till now importers has not paid the money.
At the middle of September custom said that importing vehicle still ban and there is no new instruction about it yet. On those days news of clearing 1200 car published but it was announced that these cars were remained from February.
With the start of the second round of US sanctions this morning, international pressures seem to be increasing, and wish that before November 13, internal restrictions before the start of these pressures were reduced, so perhaps the economy of automotive and parts The cars were fresh and the markets were reborn.
Khodrocar Reporter: Negar Mir Karimi
Khodrocar Translator: Amin Zamani
Tags: Khodrocar
Visit Home Send to friends Print
Share To:
subscribe to newsletter
Related News
The Breath of Auto Industry is Counting/ Auto Industry Awaits for Rahmanai
Will Rahmani Help the Commercial Vehicle Producers?
Vehicle Inspections Would be more Serious?
Failure of the Government to Determine the New Price of Cars
Your Comment