“Liberalizing vehicle price, the only way to save the auto industry and part manufacturing.” Repeated sentence which we hear from activists but it has been postponed. Now the question is will the final decision made for this matter after the new minister take the control? 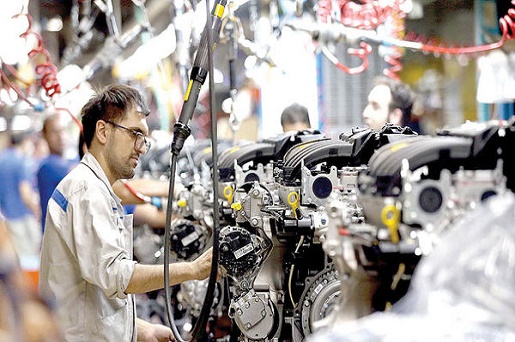 Khodrocar – Liberalizing vehicle’s price is not a new thing in auto industry because all activists in this industry are looking forward to see this matter happen as soon as possible. The reasons for this matter are the fluctuation of prices and high difference between prices of free market and factory and its bad effects on part industry.
Right now, not only experts of automotive industry but all members of automakers and part makers association are saying that liberalizing the pricing is the only way to save this industry because national competition council doesn’t have effect on this matter and it’s the best time to execute the plan. Every day delay in executing the plan would make automotive industry and its related industries to get closer to be bankrupt.
"Part makers are talking about this matter every time in all meetings. We announced that liberalizing the price is the only way to save this industry and if that not happen then nothing will remain in the next few months. As the price if first material increased the final price of a part increased 2.5 times and it is expected that prices should get corrected.” Maziyar Beigloo, secretary of part makers association told khodrocar reporter.
"The responsibility of this matter is on Consumer Right Organization and we hope that this organization research about this matter and pay the rights of part manufacturers. Of course, automakers won’t accept the plan and if they do, they have to suffer a high amount of accumulated losses. Two major automakers have 55000 billion IRRs accumulated losses together.
"Preselling plans would show their results in a long term. When all paths to save the industry tried then is the time for liberalizing prices to show its benefits. In the current condition liberalizing the price in the only way to save the industry and we should accept all of its effects.” He added.
Now, with the start of the new Minister of industry and the passing of 40 days since the second half of the year, there is hope that the pricing of cars may be modified and freed up because of the concentration of Rahmani on car production and the boom in the domestic car market.
Khodrocar Reporter: Negar Mir Karimi
Khodrocar Translator: Amin Zamani
Tags: Khodrocar
Visit Home Send to friends Print
Share To:
subscribe to newsletter
Related News
Will Rahmani Help the Commercial Vehicle Producers?
Vehicle Inspections Would be more Serious?
Failure of the Government to Determine the New Price of Cars
A Look at Foreign Partners of Iran’s Auto Industry after Sanctions
Automotive Groups braked at Hafez Hall
Your Comment