Iran’s car market was a profitable place for foreign partners before sanctions because they increased their partnership and tried to start joint venture production lines in Iran. Now the question is what is their market in Iran after the new sanctions and suspension of their activity with local producers? 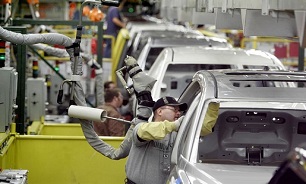 Khodrocar – Iran counts as a perfect market for production due to its good and knowledge human resource. Also Iran has the power to produce little parts and cars and it has access to the neighbor countries’ markets and it’s a bridge for the Europe to trade with East Asia. For these reasons some European countries like France and Italy were partners of Iran’s industries.
Before the JCOPA, Italian, French and East Asians were Iran’s important partners in most industries especially auto industry. These partners made lots of nostalgies because they had a lots of customers in Iran during their present history in Iran.
But after the JCOPA, contracts of Iran and French companies became stronger and contracts signed one after another with private sector and the government and the path of producing joint venture cars flourished. Peugeot 2008 was a result of these contracts. After that the production line of Peugeot-Citroen started jointly with SAIPA but the result of this contract never met the streets.
Before the new sanctions all contracts were going very well with a good speed but after USA announced to exit the JCPOA obstacles appeared in front of cooperation and took the energy of joint venture contracts. After the new sanctions announced, French companies decided to leave Iran and its auto industry.
Although it’s been two months since the new sanctions arrived and Renault and Peugeot have not left Iran but they suspend their activity and part makers’ contract is still active but news show Renault income has decreased after they lose the market in Iran.
Iran was the eighth Renault market but now its sell in Iran has decreased to 0 in the past month. Last year they sold 10 thousand and 932 units in Iran in September but their sell in the first month after the sanctions was decreased to 7 thousand and 626 units. Now as the managers of Renault said, they will obey the USA sanctions so total sale of Renault in Iran in the first 9 months of 2018 decreased for 13 percent. Now it seems they going to replace Iran’s market with Morocco market.
2 months after the beginning of new sanctions with the emphasized on auto industry we don’t have any state about the condition and sale range of Peugeot yet. Peugeot activity was with SAIPA and IKCO so after the JCOPA we don’t have any state about its condition. On the other hand, other foreign partners like Chinese and Korean which are not approved their stay or left have not said their income in Iran’s market clearly and they are waiting for the second phase of USA sanctions.
With the current condition of auto industry some governmental officials and market activists believe that Iran can fill the gap of foreign partners after a stagnation period. So we should wait for the second phase of sanctions to see which country will remain in Iran and which one will leave our market.
Khodrocar Reporter: Negar Mir Karimi
Khodrocar Translator: Amin Zamani
Tags: Khodrocar
Visit Home Send to friends Print
Share To:
subscribe to newsletter
Related News
Automotive Groups braked at Hafez Hall
Reviewing Forgotten Contracts/ The Durability of Part Makers' contract During the Suspension of the French Activities
Support of Automobile Activists from the Proposed Industry Minister
Auto Industry Leap to Fill the Gap of Importation
The Story of Incomplete Cars Continues
Your Comment