The Impact of New Minister’s Decisions on the Auto Industry

The start of auto industry with the new minister in August of 2017 was excellent and everyone thought that records of production will be broken very soon but now after a year passed those days all wishes about this industry are vanished. Now by replacing the minister, auto industry hopes to stop the reduction path. 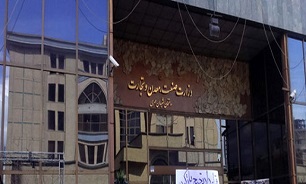 Khodrocar – The year of "Support for Iranian products” began with the hope of production increment for auto industry. it was hoped that vehicle production will go over 1.6 million unit this year but just after a half of the year the production didn’t meet the plan and it was even lower than previous year.
Lots of problems were occurred during this year plus sudden and aimless decisions of the government increased the hardness of condition. Auto industry start the year full of energy but problems take its energy and step by step production of automakers decreased.
But it wasn’t the end of story and in the beginning of September 2018 the plan of impeachment of Shariatmadari began but he didn’t present in the parliament and after a while finally Hassan Rouhani announced his suggestion and Reza Rahmani is the final person to be minister of Industry, Mine and Trade.
Now by suggesting Rahmani from the president who was the deputy of production in the ministry of Industry, Mine and Trade, all activists are looking forward for better days. Right now, Rahmani is the supervisor of the ministry and if he can take the vote of confidence from the parliament then his job would be harder than Shariatmadari because he should finish the unfinished works and increased the vehicle production to cover losses of importation ban.
"The minister doesn’t need to be a professional specialist but his management should be judged. The lack of production is a result of poor trading and during the recent years trading has been forgotten and now we have problems even in supplying first materials.” Farbod Zaveh, an expert of auto industry told khodrocar reporter.
"Most of ministers are experienced and bring a young minister could be positive in the current situation because if Rahmani become the minister then he would be the second young minister of the 12th government. " He added.
"Maybe Rahmani doesn’t have a resume full of production but it is not bad because we had some experienced ministers who weren’t good in action otherwise some inexperienced ministers did well in their period.” He said. "We have to wait for Rahmani to start his work then judge his work.”
A look at new minister's records
He was the deputy of minister in the production affair. He born in 1966 in Tabriz and he has a Bachelor of Law, Master of Human Resource Management and Ph.D. in Strategic Management. He was a member of the parliament in the 7th, 8th and 9th period. He was the chairman of Almahdi Aluminum Co once upon a time.
Reza Rahmani, the current supervisor of ministry of Industry, Mine and Trade should wait till the day to take the vote of confidence from the parliament and make the auto industry to reach its proper condition.
Khodrocar Reporter: Negar Mir Karimi
Khodrocar Translator: Amin Zamani
Tags: Khodrocar
Visit Home Send to friends Print
Share To:
subscribe to newsletter
Related News
The Effects of Fuel Quota on the Car Market
From Liberalizing the Price to Market Engineering
The Need to Change the Approach in the Automotive Industry
Negative Effects of Reducing Production on Fulfilling the Obligations of Automakers
Renaissance in SAIPA/ Management Changes; Good or Bad?
Your Comment