The Effects of Fuel Quota on the Car Market

The story of fuel consumption allocation is now in the street of auto industry and some thinks that by quoting the fuel then mid-range vehicles will be more popular and auto market will be better. Now the question is if the government announces its latest decision then what will happen to the auto industry? 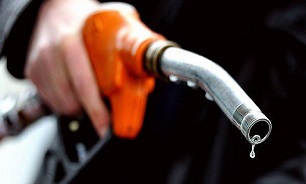 Khodrocar – Gasoline quota has become a hot topic in the recent month and now by approval of oil ministry this got intensified because fuel smuggling is getting way more than before. It has been said that 20 to 40 million liter gasoline is smuggling every day. The price of fuel in neighbor countries are near 140 to 180 IRRs and the profit of smuggling fuel is not low.
Now the government is more serious about the gasoline quota and Bijan Zanganeh is following this project more than before because gasoline trafficking has been tripled in the recent days.
On the other hand, the story of gasoline quota is getting more serious for the 20 million vehicles in the streets because according to experts the quota plan is managing the consumption and preventing smuggling. Now, along with the implementation of this plan, a topic such as not taking advantage of all the people of the community from the subsidy of gas is raised.
Now if we think that the plan approved by the government then what will happen to the auto market and does it make more stagnation? Do old cars with higher fuel consumption will lower prices and less fuel-efficient cars will experience higher prices?
Experts told Khodrocar reporter that as the government banned the importation of vehicles with 2500 cc or higher then it doesn’t seem the fuel price had any effect on vehicle prices.
According to some other market activists, in the past period and the fuel consumption quota period, there was no change in the price of high-end vehicles. It is not expected now to have any effect on the increase or decrease in the price of certain cars.
However, it seems that auto market would have a reaction to the gasoline quota because it is probable that some old cars with high fuel consumption experience price differences.
Looking at the statistics of cars in the hands of the people and the way in which we saw the rise in car prices last year, considering the gasoline quota until the end of this year and increasing fuel prices from next year, the car market seems to be influenced by the decision. Because of the plans for the upcoming sale of car companies and their delivery next year, it is believed that more fuel-efficient cars will have more applicants.
Khodrocar Reporter: Negar Mir Karimi
Khodrocar Translator: Amin Zamani
Tags: Khodrocar
Visit Home Send to friends Print
Share To:
subscribe to newsletter
Related News
From Liberalizing the Price to Market Engineering
The Need to Change the Approach in the Automotive Industry
Negative Effects of Reducing Production on Fulfilling the Obligations of Automakers
Renaissance in SAIPA/ Management Changes; Good or Bad?
Auto Industry Reverse in Six Months
Your Comment