The Need to Change the Approach in the Automotive Industry

The statistics of the first half of the year in Iran’s auto industry show the reductions in production and importation which could be worrying in the long time so some experts think that the rest of the year may continue the same way but former president of SAIPA believes that by changing the approach we can save the industry. 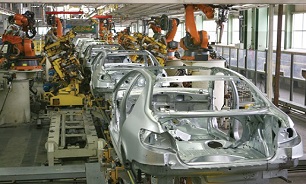 Khodrocar – reviewing the statistics of production and importation in the first half of the year won’t change anything but maybe it could be an experience to prevent this mess for the rest of 1397. Experts think that if the ban of importation and producing incomplete cars continue then next year would be so hard for the auto industry.
On the other hand, these actions would stop the automotive industry to reach its vision and move the auto industry businesses toward the dark days. But some experts believe that even in these days we can save the industry and production should continue with all its problems.
"Certainly this year is tough for the local auto makers but we they should put more effort and increase the production to relief shortages because they have the technical knowhow and human resource.” Saeed Madani, an expert of auto industry and former president of SAIPA told khodrocar reporter. "It is right that foreign partners left Iran but it’s important to know that their share was only 20 percent of all production so they can put effort to relief the damages.”
"It is better to focus on local productions for the second half of the year. However, local automakers’ productions are affected by the currency turbulence but we should remember that their productions are not depend on sanctions.” He added. "It's best to focus on classical cars with internal platforms, because there are not so many dependencies on domestic products.”
"It’s time to improve the local products and focus on exporting because exporting vehicle was successful in the recent year. Although the first half of this year was not as high as expected, but I believe that in the last five months, automakers will be able to offset shortcomings by the end of the year. Also, we should also be able to use the existing platforms to continue to make classical and traditional productions by day, in order to compensate for the presence of external partners in domestic products.” Madani added.
"Local platforms didn’t get much more expensive and they can replace old vehicles like Pride and 405. In order to compensate for the shortcomings in the automotive industry, we need to change the vision and, by working on the old internal platforms and improving their quality, we no longer depend on foreigners.” He said.
"Presence of foreign automakers is positive for Iran’s auto industry but in current condition we can use the potentials of local engineering companies. We can even take advantage from those company who doesn’t have any relation to America.” He added.
While the automotive industry is on the ups and downs in recent days, with reports of slower production of automotive and automotive components, some experts believe that there is still potential for developing the industry and offset shortcomings.
Khodrocar Reporter: Negar Mir Karimi
Khodrocar Translator: Amin Zamani
Tags: Khodrocar
Visit Home Send to friends Print
Share To:
subscribe to newsletter
Related News
Negative Effects of Reducing Production on Fulfilling the Obligations of Automakers
Renaissance in SAIPA/ Management Changes; Good or Bad?
Auto Industry Reverse in Six Months
Commotion of Fuel Card Revival in the Way of Gasoline Pricing
Auto Shows, Opportunity or Threat?
Your Comment