Negative Effects of Reducing Production on Fulfilling the Obligations of Automakers

Vehicle production in September decreased for 46 percent compare to last year and in the first half of the year this stat is on minus 15 percent. There is worry that if it continues then automakers can’t fulfill their promise for the presale cars. 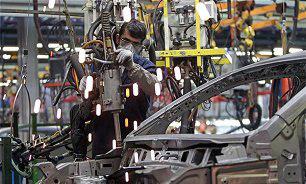 Khodrocar – According to the new report of Industry, Mine and Trade ministry vehicle production decreased for 46 percent in September and this is worrying number for whom pre-purchased cars.
This decrement happened while according to the predicted plan they should reach 1.7 million production rate till the end of the year and it reduced to 1.2 million after what happened to the auto industry. if the problems likes shortage of liquidity continues then we may not reach even the second number.
"The reality is auto industry is facing multi challenges which most of them are continuing and cause the low production rate. Because of customs difficulty, lack of coordination in the ministries and delay in pricing, production lines in auto industry are facing challenges.” Amir Hossein Kakaei, an expert of auto industry told Khodrocar reporter.
"In the automotive industry there is a high capacity for production but it is lower than the nominal capacity. If the obstacles remove then auto industry could cover it in shortest time. The auto industry backwardness is not getting worrying yet.” He added. "We are not reaching the second part of sanctions but the auto industry has passed the sanctions till now due to its experiences.”
"If the government reduce its interfere then this backwardness could be cover but if the process of past 7 months continue then conditions would be more complicate and we would face 3 or 4 months delay in delivering presale cars.” He continued. "The root of auto industry backs to before sanctions and it’s because of the lack of coordination between government’s organizations. This lack of coordination is surprising and it makes a question that what happened in the customs and currency market that caused this problems? The obvious thing is all problems had inner sources not foreign.”
"The government stopped illogical presell plan and they just do the pre-sell whenever they have the ability to fulfill it. Right now, pre-sales is logical and automakers can do their promises.” He added.
"If the price of first material reduces and automakers pay their debt to part makers monthly then part makers could continue their activity. But if they want to pay the debt then vehicle prices are preventing them. The offer is vehicle pricing should be real and we offered that prices should be 5 percent lower than the side market.” Mohammad Reza Najafi Manesh, president of part makers association told Khodrocar reporter.
"We experienced some rises in the first 3 months of the year but in the summer the production reduced for 46 percent. These numbers are not good at all and we have to find a solution very soon.” He added.
"Obstacles in front of the auto industry are solvable but if they don’t solve then the whole industry would stop working and they never be able to fulfill promises and behind that is unemployment and social problems too. Now USA is pointing at the auto industry but we shouldn’t let that happen.” He said.
Experts are talking about poor governmental decision and lack of coordination in organizations that they call local sanctions which is more effective than foreign sanctions. Carmakers face different challenges in the current situation, and if there is no solution to their problems, they will be in trouble in their obligations to pre-owned cars, and the industry may no longer be able to grow up and become stuck
Khodrocar Reporter: Speideh Ghazi Nejad
Khodrocar Translator: Amin Zamani
Tags: Khodrocar
Visit Home Send to friends Print
Share To:
subscribe to newsletter
Related News
Renaissance in SAIPA/ Management Changes; Good or Bad?
Auto Industry Reverse in Six Months
Commotion of Fuel Card Revival in the Way of Gasoline Pricing
Auto Shows, Opportunity or Threat?
What would be The Conclusion of 85 Standards?
Few Steps to Transform Tehran To a Parking for Worn-out Cars
Your Comment