The epidemic of sudden decisions of governmental officials now is catching the automakers. Since 1 month ago when the whispers of changing the industry minister heard there was some news about the changes in the management of automakers and two nights ago president of SAIPA changed at last. 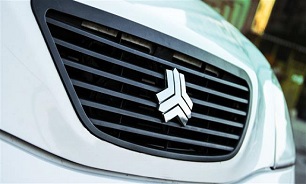 Khodrocar – Two nights ago SAIPA experienced another management change after 1 year. The question is what are the effects of management changes for the automakers? There were some changes in other organizations’ management in the past which some of them were positive and the others were not. Now changes reached the automakers and SAIPA had experienced 2 presidents in only 1 year.
19 November 2017, Mohsen Ghasem Jahroudi became the president of SAIPA after Mehdi Jamali but his management period didn’t last for 1 year and 2 nights ago Mohammad Reza Soroush came to replace Jahroudi.
The main question is what are the effects of management changes on an organization like SAIPA? On the other hand, experts think that managers should have 2 or 3 years to complete the unfinished plans in the company.
"Totally, management changes don’t have effects on the daily production rate but if the management system has influence on the activity of the company then changes should be done logically. As the plans of companies are long-term and prepared way before, management changes don’t have much effect on the activity of companies.” Shahram Azadi, an expert of auto industry told khodrocar reporter.
"About SAIPA, changing the president won’t have effect on company’s process in a short term. However these changes could have effects on the strategy on the organization because it may change the projects, contracts and part supplement.” He added.
"Totally, management changes would have negative impact on the businesses but it depends on the decisions of previous manager. If he had bad decisions during his management then changing is mandatory.” He continued.
"The changes are happening to fast in the management of organizations so every manager knows his period is limited to the 2 or 3 years therefore he won’t make a long term plan. This doesn’t mean that we should let all managers to do what they want but bad managers should be changed very soon.” He said.
Now we have to wait for the new president of SAIPA to make his plan. Does Soroush follow the path of previous managers or he wants to change the management team and bring his own men to improve the SAIPA products?