Commotion of Fuel Card Revival in the Way of Gasoline Pricing

There are some whispers about reviving the smart fuel cards while 2 years ago it just removed and now the government wants to revive the plan after 11 years. The plan had its pros and cons in the first time and now we should wait to see does the plan execute or not? 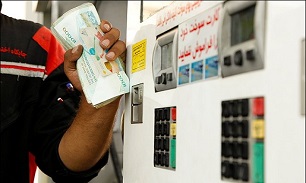 Khodrocar – The whispers of reviving the fuel cards start about last February but since 2 weeks ago the government joined the parliament to start the plan sooner. Now we have to see if the responsible organizations are ready to start this project or not? Because reviving this plan needs infrastructure like stations which should be renewed and etc.
On the other hand, the average of consumption is considering for any type of vehicles to prevent black market which happened last time and owners of public transportation vehicles sold their share.
"In the current condition this plan would be positive because it would prevent fuel smuggling. Of Course, we should wait till the final conclusion for the stepwise pricing mechanism. If the plan execute like the last time then we may be able to use previous cards but we have to wait for the final decision.” Mehdi Nikdar, president of transportation and fuel committee told Khodrocar reporter.
"First the execution, time and plan of this project should be obvious then we can start the process of stations because we have to find out how this project could help to reduce the smuggling and consumption management.” He said. "However, we haven’t seen any clear thought from the government.”
A Glance of Fuel Card Destiny from 2007 to 2016
In 2007 the plan of selling fuel with smart cards started suddenly with the price of 1000 IRRs. Most people didn’t consider it at the beginning but they had to use the cards eventually. The plan had its own proponents and opponents, some used their all share in the first days and asking taxi drivers for more fuel and taxi drivers were selling their share with higher prices.
In the spring of 2014, the government announced the 10000 IRRs price for fuel and 7000 IRRs price for smart cards and after 2 years in the summer of 2016 the parliament agreed to remove the fuel cards and the case of fuel cards closed at that time.
Now after 2 years, fuel cards came again and some experts think that reviving this card is good for the consumers and it can help fuel management and environment because it can prevent unnecessary traffics. However, some other experts are saying that if the government wants people to reduce using private cars then public transportation should be renewed at first. Right now we can’t say anything further about this plan and it has its pros and cons so we have to wait for the government decision.
Khodrocar Reporter: Negar Mir Karimi
Khodrocar Translator: Amin Zamani
Tags: Khodrocar
Visit Home Send to friends Print
Share To:
subscribe to newsletter
Related News
Auto Shows, Opportunity or Threat?
What would be The Conclusion of 85 Standards?
Few Steps to Transform Tehran To a Parking for Worn-out Cars
Analyzing Domestic Vehicles’ Quality after Sanctions
Your Comment

30 percent increase in prices after the increase of exchange rate