What would be The Conclusion of 85 Standards?

The deadline of Standard Organization is really close and only 3 months left for the automakers to match their products with 85 standards. President of standard organization emphasized on this matter and it may contain pre-sale vehicles. 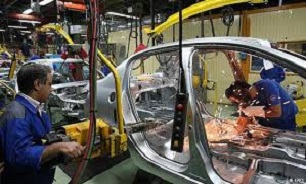 Khodrocar – Nayereh piroozbakht, president of standard organization emphasized on the 85 vehicle standards again and she even said to the Khodrocar reporter that automakers should pass all standards in the beginning of January and if they don’t obey the rule then we have to stop their production also it contains pre-sale products.
The delivery time of some pre-sale vehicles is in the March and February then customers are worry about their cars because if the automaker doesn’t follow the standards then they may never receive their cars. Right now, with a look at the auto industry we can see that automakers won’t be able to sync themselves with the 85 standards and these 3 months are not enough.
"According to the reports of standard organization, it doesn’t seem that automakers would pass the standards in the remaining 3 months. This matter is worst for the commercial vehicles because they have less ability to match themselves with the new standards. The emphasis of standard organization is nonsense and it makes the market more complicated.” Farbod Zaveh, an expert of auto industry told khodrocar reporter.
"Even if the standards pass and all equipment installs on the cars, we don’t have the infrastructure for these standards. For example, if want a line detection radar on car then we should have correct lining for streets or for having emergency brakes we should teach the rules and regulations to the drivers. These standards won’t change anything without correcting infrastructures.” He added.
"According to the reports for 1.5 million predicted cars 1.2 million of them won’t pass the standards but if we think there is no sanction since tomorrow how much does it take for our automakers to reach the 1.5 million production rate? The experience shows that they need more than 3 months to do it. These standards are not going to happen and the worriness of people is true.” He continued.
"Standards won’t develop suddenly in anywhere in the world and insisting in a law will make it inefficient. This things happen all over the country and there are because of mismanagement.” He said.
Since the March of 2017 automakers and part makers’ standards increased from 55 to 85 and they have to finalize the standards till the January of the 2019. Now we have to wait for the future of automakers and see what will happen in the final chapter of the 85 standards and whether they will pass the standards or they will be made to stop the production.
Khodrocar Reporter: Sepideh Ghazi Nejad
Khodrocar Translator: Amin Zamani
Tags: Khodrocar
Visit Home Send to friends Print
Share To:
subscribe to newsletter
Related News
Few Steps to Transform Tehran To a Parking for Worn-out Cars
Analyzing Domestic Vehicles’ Quality after Sanctions
The car's price turbulence in the dollar fluctuation rate
What is The Future of the Ministry of Industry?
Part Makers Hoping to Receive 70 Thousand Billion IRRs Demands
Your Comment