What is The Future of the Ministry of Industry? 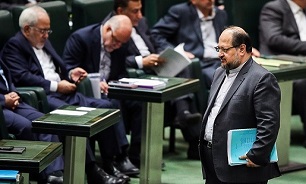 Khodrocar - It has been more than a month since interpellation of minister of Industry, Mine and Trade started and each time something happens to postpone it. Now the main question is why the minister of Industry, Mine and Trade who is tired of the current situation too is not going to the parliament to answer the questions of its members.
Saeed Bastani has said that if the minister decides not to participate in the meeting of Industry commission then we have to take the interpellation case to the parliament because members of parliament really want to hear minister’s answer about the current bad condition. The question is what will be the effects of the minister’s behavior on the troubles of the industry?
"I don’t know why Mr. Shariatmadari decided to be absent in the parliament meeting but I know that this absence will make the future hard for this ministry. There are some talks about moving Mr. Shariatmadari from Industry ministry to Labour ministry which is not logical. Because he didn’t have a good resume in Industry ministry.” Amir Hosein Kakaei, an expert of auto industry told Khodrocar reporter.
"I hope members of the parliament be brave about the final decision about the minister because in the current critical situation they need to be firm about the decision. We don’t know the meaning of Mr. Shariatmadari  behavior in this case and we have to wait for the decision of the parliament.” He added.
"The auto market is like the exchange and coin market but no one knows it. On the other hand this situation is weakening the auto makers and they may never be able to stand on their feet again. In the first half of the year, all decisions in the auto industry were political and they make tensions in the market and it will ruin the industry in long term.” He continued.
Now the minister of Industry, Mine and Trade should be present in the parliament and answer about all 14 sections of industry which facing troubles or instead all industries will hurt more and suffer losses again and many people will be unemployed due to his bad decisions. As a representative of the people, these days, the Parliament has been pursuing more and more time to deal with the problems surrounding the Iranian industry, whether it is an incomplete plan or a new plan to prevent the collapse of markets and the collapse of the industrial economy.