Part makers are struggling with clearance of their parts from customs but actually they are looking for their debts from automakers. Part maker’s debts sum up is near 70 thousand billion IRRs. 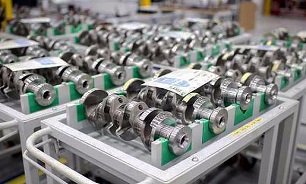 Khodrocar – The payment of part maker’s debt is taking long and among all ups and downs has postponed the payment. Somethings like exchange rate, limits in importation and other are decreasing the speed of part makers’ activity also some businesses closed entirely.
These days part makers should pay the difference of currency to clear their parts from customs then they should sell parts with last year price so they don’t have good financial condition.
Now, the question is, what is the last stage of the activities of the manufacturers, whether they are due to their demands from the automakers, and, on the other hand, where has the final status of the clearance of the car parts from the customs been?
"According to what we know the amount of automaker’s debt is near 70 thousand billion IRRs. This is just the debt of IKCO and Saipa to part makers.” Maziyar Bagloo, secretary of part manufacturers association told Khodrocar reporter.
"There were some misunderstanding about the part makers’ demand and some said it is near 150 thousand billion IRRs but this the all of auto makers’ debts to every organization and 70 thousand billion IRRs of it is for part makers.” He added.
"Current problem of part makers is not the clearance or customs but the real deal is about the mandatory law of the government about paying the exchange difference. The custom will clear the good as soon as the payment confirmed. The question is why they should pay again for something they bought before? Also, part makers don’t have the liquidity to pay and they won’t never bought the parts if they know they have to pay double for them.” He continued.
"Part makers’ contract with automakers is based on the exchange of 35000 IRRs and they suffer a lot from it however they are buying the currency at the rate of 90000 IRRs.” Baegloo added.
"Clearance of parts will make help the unfinished cars to enter the market but it won’t solve the problem of producing unfinished cars ultimately because this problem should be solved from the bases.” He said.
As part-makers and practitioners in this section say, many troubles of part makers are rooted in hasty decisions, now it seems that if the Ministry of Industry, Mine and Trade continues to follow the case of part makers’ demands And determining their exemptions from payment of foreign exchange differences for car parts, they will actually solve the problem of car makers.
Khodrocar Reporters: Negar Mir Karimi
Khodrocar Translator: Amin Zamani
Tags: Khodrocar
Visit Home Send to friends Print
Share To:
subscribe to newsletter
Related News
Effects of Auto Importation Ban will became Visible Slowly
Effects of Stay or Leave of Ministry on Auto Industry
Part Manufacturer One Step Away to Lay-off Workforce
Worn-Out Vehicles are the Main Reason of Fuel Consumption Increment?
Stagnation of Auto Market Continues
Your Comment

Intention to depot cars because of economy’s instability

What is the destiny of car group in “Dara Sevom” underwriting?

Intention to depot cars because of economy’s instability

What is the destiny of car group in “Dara Sevom” underwriting?