Ban of vehicle parts import though past months caused not only the reduction in production figure of domestic car manufacturers and more expensive maintenance but also formed a triangle of outcomes that its only way out is to ease the process of vehicle parts’ release from the customs. 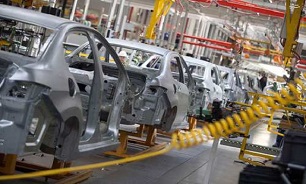 Khodrocar – Ban of vehicle parts import along with ban of vehicle import and some limitation in releasing parts from the customs caused the vehicle production to slow down and left roughly 70 thousand defective vehicles in production lines. It also led to trouble after sale services of car manufacturers.

70 Thousand Defective Vehicles
The limitation for releasing parts from customs led to production of roughly 70 thousand defective vehicles in only 21 days. Although 20 thousand of those were fully completed after a month but yet about 50 thousand are yet defective. Fingers are crossed with parts released from 15 days ago, they become fully completed.

Mechanics’ Troubles
The ban of import and late release pf parts from customs caused serious problems for mechanics and after sale service centers like increase in price of the parts both for domestic and import vehicles. Chairman of Car Mechanics Society said most of the car spare parts in the marker are from previous purchases, leftovers from the past or were provided by brokers. Even release of the parts from customs did not solve any problem.

After Sale Services’ Defects
Some after sale services are included for any type of vehicles as warranty. But with the lack of parts, most of them were omitted or included payment to be done both for imports and domestic vehicles.
Hopefully with parts being released from customs recently, the after sale services are back on track otherwise there would be a huge crowd of dissatisfied customers.

Khodroar – It is almost 2 months that vehicle spare parts are facing difficulties like ban of imports, jamming in customs and so on. Providing spare parts in such circumstances is what car dealers are worried about.

Meaningful presence of ministry of industry’s supervisor in Saipa