Effects of Stay or Leave of Ministry on Auto Industry

The news of Mohammad Shariatmadari leaving the ministry is whispering everywhere and economy activists are looking forward and thinking whether this decision is good for the industry or not? 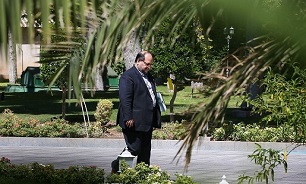 Khodrocar – since one month ago the parliament is trying to question the minister of Industry, Mine and Trade. The announce 14 reason to question the minister and two of them were about auto industry.
However, Shariatmadari didn’t respond to the auto industry reasons and continue his previous procedure. Suddenly, the minister of Industry quit his job and the news published with some reasons. However, we have to wait for the president to back to Iran then he can decide.
Another question is what will be the consequences of maintaining Shariatmadari rule on this great industry, and whether maintaining the rule of law and his orders such as the ban on car imports, etc., will be in the interest of the industry, or that its passing and coming to another minister with new decisions and new deputies will benefit the industry?
"Stays of the current minister with no difference won’t change anything also, if they change the minister and the next person continues Shariatmadari route then nothing will happen again and the Industry won’t be better.” Farbod Zaveh, and expert of auto industry told khodrocar reporter. "Over the past year, unlike the background, history and actions of Mr. Shariatmadari and his ability in previous governments, what was expected was not fulfilled.
"Stability of management is one of the important factors of economy stability. We can’t talk about the economy without having management stability. Over the past year, it was not expected that the previous minister's mistakes in the eleventh government would be implemented, but in some cases the same behavior was implemented, so that in some cases even the administrative bureaucracy was over.” He added. "
According to what activists and experts said, naturally any changes will have effects but sometimes these effects are good for the country and people. So they should consider all effects of changing a minister before any action.
Khodrocar Reporter: Negar Mir Karimi
Khodrocar Translator: Amin Zamani
Tags: Khodrocar
Visit Home Send to friends Print
Share To:
subscribe to newsletter
Your Comment