Part Manufacturer One Step Away to Lay-off Workforce

Part makers are among strategic industries and waiting for further governmental decision to finish sell stagnation, demassing and etc. But are the governmental plans are enough for part makers to foget all the problems? 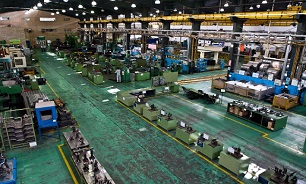 Khodrocar – solutions like liberalization the price, paying part makers debt and self-sufficiency in production are discussing in the government but while the industry is struggling with exchange supplement for buying first materials, stagnation would be natural.
Most of experts believe that if the automakers pay their debt to part makers and all stocked parts in the custom clear then this industry revive very quickly.
On the other hand, easing the process of supplying the finance and clearance from the customs could make the part industry condition better. In this way, even the auto market and auto industry will feel better condition.
Since the spring of this year, with the advent of the exchange rate fluctuations in the country and afterwards, in the customs of a large number of car parts, the ban on car imports into the country and the reduction of domestic automobile manufacturers, the car part industry involved in the adjustment of forces in this sector, The national association of part makers have said that the adjustment of thousands of people will be executed by the end of this year because the industry will no longer be able to pay for production and surplus.
"It’s good to see the liberalization of car price, decreasing the prices for part makers and paying their debt is executed till the next month.” Mohammad Reza Najafi Manesh, head of part makers association told khodrocar reporter. "Right now, manufacturers are laying off their employees for two reasons. For example in Isfahan we have a production unit running for 27 years but demassing in this year.
"All solutions must execute in the shortest possible time because time to renew the condition is few. Also, registering the order of materials and parts should be easier and Central Bank shall help to supply the needed currency.” He added.
"Now, all parts could be bought by NIMA currency but in the process of registering order and purchasing there would be some problems.” He said. "It is suggested that the central bank itself either lend or pay the bidders the money. Hence, there must be a solution to minimize internal sanctions on production, and the United States will not achieve its main goal of ending domestic industries.”
Talked plans of the government for solving the problem has been open for years but the important thing is the time of executing the problem. Both of these plans could be useful for taking the part industry up from the end of a well.
Khodrocar Reporter: Negar Mir Karimi
Khodrocar Translator: Amin Zamani
Tags: Khodrocar
Visit Home Send to friends Print
Share To:
subscribe to newsletter
Related News
Worn-Out Vehicles are the Main Reason of Fuel Consumption Increment?
Stagnation of Auto Market Continues
Auto Contracts Which Became History
Challenges of Production and Prevalence of Motorcycles in Iran
Your Comment

The center of road tests will be financially support