The auto market has passed the stagnation period and after some months of currency tensions now it is cooling down and there is no sign of price increment from the national competition council. 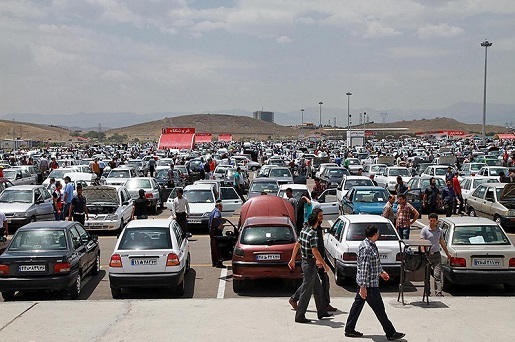 Khodrocar – The auto market has transferred to an investment market during the recent months and jobbers are taking advantage from the side of this mess. All experts and even members of the parliament believe that the only way to exit this condition is stopping imperative pricing from the government. The pricing should be done by the market and according to the request.
In this matter, national competition council has ruled out of the pricing and they can take part in some different conditions. However, the stagnation has returned to market and all organization are not thinking about the pricing anymore and even automakers are not talking about the price increment.
Auto makers decreased some financial problems after pre sell plans. Also, some news says that first materials and components will clear from the customs and they can complete their unfinished cars.
It seems that automakers are thinking that increasing the liquidity will be beneficial for the customer because they can pay part makers properly and it will increase the quality of production. When payment of part makers be on time, supply and quality of components continually persist, while manufacturing factories do not reduce the quality of parts due to financial problems. Accordingly, they appear to have preferred to increase liquidity by selling online to higher prices.
But what matters is the outcome of the car producers meeting of the national competition council and why there is no news from this council. And why do not car makers say anything in this field? Do their power decreasing and they are going to be vanished.
Half of the year has passed but the condition of the auto industry is not clear. The current stagnation is not real and it will boom with a touch. But the decisions are too different so we can’t say anything clear about it future. It doesn’t seem to have a bright future. It should be hoped that in the second half of this year, governments will think of the solution as soon as possible, so that the car market may be tidy.