Iran automobile industry has bared lots of unprofessional and weird decisions. One recent unbelievable stories of the current time regarding imported vehicles and parts is that the difference between the 4200 Toman previous exchange rate and the exchange rate of the day must be paid by the importers. 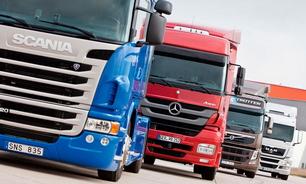 Khodrocar – The story of the exchange rate differences pay off compulsion is so hot and new that even after a month there are still talks about it.

"I have seen lots of weird and crazy things all these years as an expert, but the story of the exchange rate differences pay off compulsion is one story that we have no answers for. The story caused lots of companies being unable to clear their goods from customs because the market does not take this great increment in price of the final products.” Said Mehdi Niyazi, an expert of commercial trucks field.

"This is extremely strange. How can the central bank want companies that bare serious economical troublems to pay the exchange rate differences for imported parts and goods that were imported, assembled, turned into a vehicle and sold months ago?” Said he.

"Huge number of companies’ sales are done through pre-sales and pre-sale means that the price of the product has been finalized with the customer and cannot be changed. Most of the commercial vehicles of the producers have been imported, assembled and soled months ago followed by the economy situation and the rules of that time. It is now morally inappropriate and impossible to call the customer in and make him to pay the price difference months after the purchase of the vehicle.” Emphasized Niyazi.

"I the Central Bank believes that the producers must pay the price differences they must know that if the difference was just 10 to 15 percent of the final price of the vehicle, companies just might have accepted a bit of loss just to survive. But the no one will undertake a 100 to 120 percent price difference. The market cannot handle this amount of money, neither can the buyers. This is impossible.” Added the Expert.

What the ministry of industry, mine and trade expect the producers and companies do turns the market upside down. Trucks around 300 to 400 Million Tomans will enter the billion Toman territory. No buyer can afford that amount of money, especially considering the great deduction of land transportation rate with no increment in transportation wage for the drivers.