Who Is Responsible for This Turbulent Car Market of Iran?

National Competition Council, Consumers and Producers Protection Organization, Ministry of Industry, Mine and Trade, Parliament, Car makers… which one is responsible for this mess in car market and price increments? 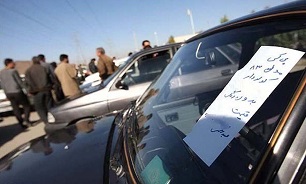 Khodrocar – Since March, the price of the domestic vehicles has been increased by 50 percent and imported ones, by 70 percent. However, this price increments got more intense with the currency fluctuations and did not fall at all. Some experts believe in free and imperative car pricing, although it is not.
The proof is that by increase of car prices in May, Islamic Parliament of Iran have presented "Vehicle Market Organization Plan”, which did not led to any good decision and suspended. It should be noted that this plan was suspended right when the international and domestic decisions for the car market were heavily worried by the automotive industry, which caused the domestic and imported car market to undergo an irregular process of rising prices at the same time.
Meanwhile, Competition Council remained silent and did not even say a word about the price increment of Saipa Pride from 220 million
IRRs to 410 million IRRs. Ministry of Industry, Mine and Trade did the same.
On the other hand, authorities and experts believe that car market is under the command of brokers. The government and related authorities are unable to control the situation.

Empty Handed Pretenders
Why the organizations that pretend they are able to control the market are not able to control it and at the end the brokers are presented as the reasons for this turbulent situation?
Farbod Zaveh, automotive industry expert tells Khodrocar regarding this problem of vehicle pricing: "Many authorities pretend that they are able to control the market but actually they are not.”
"Iran’s vehicle market does not have any administration in the moment.” Zaveh says. "Important thing is that, at this time we are facing a pure imperative management. Every single task must pass administrative process in order to have further permissions for the business. A good example for these nasty behaviors is the 400 million IRRs price of Saipa Pride!”
He explains: "The important thing to know is everyone is looking his own interests. Also the imperative pricing is not something more than a word because no one can price a good imperatively.”
"The only way to liberalize the price is to release the market and the price simultaneously. No monopoly”, Farbod Zaveh says. "Recently, supply shortages, summer holidays for automakers and reduced car production have been among the reasons for rising prices.”

Khodrocar - The car market over the past few weeks reports a price difference of 5 to 45 million tomans. This is while the authorities pretend they are controlling the market and they believe that they accuse brokers for this messy situation.