Iran’s car industry is bigger than you’d think, but which cars are made there?

As part of the sanctions that Donald Trump has reimposed on Iran, one of the industries that is going to be hit hard is car production. 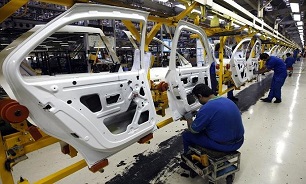 Khodrocar - The sanctions, which were lifted by Barack Obama but are now back in play, will halt the import of Iranian-made cars to the US.

They are also designed to scare off foreign investors in the Iranian automotive industry, something that appears to have been achieved already.

This may not sound like a huge consequence, but the Iranian car industry is much bigger than you might think, producing a vast amount of automobiles every year.

According to figures from the International Organization of Motor Vehicle Manufacturers (OICA), Iran was the 12th biggest car market on the planet in 2017, with sales in the region of 1.5 million cars.

That number of cars sold represented an 18% growth in sales, which made Iran the fourth fastest growing nation in the market, behind Brazil, Portugal and Russia.

There are two major players in the Iranian car market, Iran Khodro and Saipa, who produce their own models, but also manufacture more well-known brands thanks to deals with bigger companies.

PSA, which makes Peugeot and Citroen, have deals with both Iran Khodro and Saipa, whilst Renault have a piece of the market and Hyundai have a production deal with private firm Kerman Motor.

So, whilst you are unlikely to see many cars that are badged up as Iranian models – such as Iran Khodro’s Samand – there are plenty of more recognisable brands that produce their cars in Iran.

Peugeot is the most popular brand in the country, with a market share of 34% in 2017, according to Marklines.

The sanctions are set to cause huge damage to the Iranian car industry as PSA have said they will be pulling out, whilst Renault are following suit.

A PSA statement read: ‘The group has begun to suspend its joint venture activities, in order to comply with US law by August 6, 2018.’