When it comes to discreet or blacked-out bikes, Indian don’t really spring to mind- they’re much more famous for chroming everything and leather tassels, so customers have been taking matters into their own hands. Indian have listened and taken the Scout concept, given it a more aggressive look and brought us the Scout Bobber.
Bobber bikes emerged out of post-war America as a way of modernising the bikes of the era and it’s this aesthetic Indian say they’ve gone for. The most startling change is the colour, or lack of, in that almost everything is blacked out including the wheels, the exhaust, the headlight shroud, the speedo, the mudguards – the list goes on. The suspension has been altered too: the rear has been lowered by an inch, while the front forks have new cartridges to suit, both of which should give the ride a totally different feel to the standard Scout. There have also been changes in the riding position: the footpegs have been moved forward 1.5in and there are new wider handlebars, which Indian say gives it a more engaging riding position. To complete the full bobber package, the mudguards have been shortened, there’s a new two-tone seat and a new tank badge more in keeping with the bike’s stripped back style. 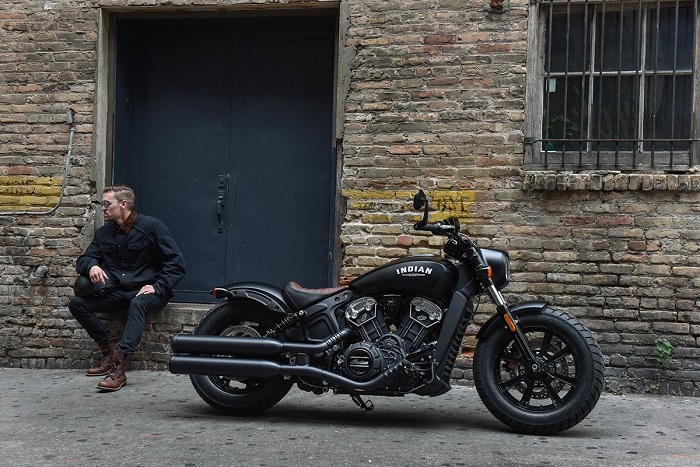 The Scout Bobber shares the same 1133cc water-cooled engine as the standard Scout, so it’s got 94hp and 71.5ftlb of torque, which is good for bikes in this class. The Scout’s main competition is the Harley-Davidson Sportster Forty-Eight, which has an air-cooled 1200cc engine that puts out 68ftlb but just 60hp. 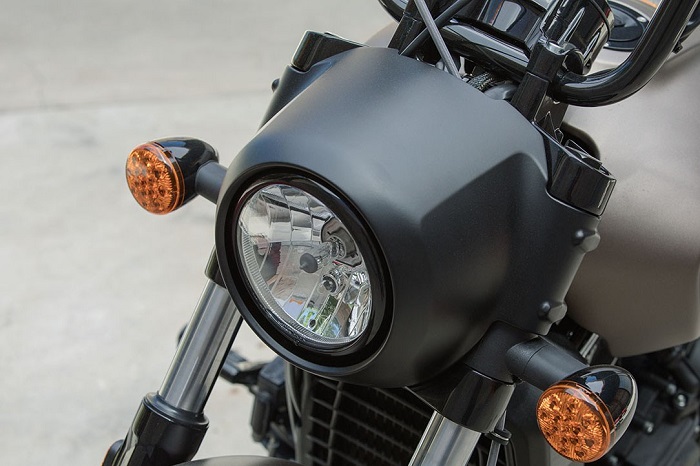 Power to the people
Arguably what’s most interesting about this new bike is how Indian have listened to their customers, specifically those in Europe. Until now Indian’s bikes have been quite brash and distinctively styled, which is popular in the States but less so over here. 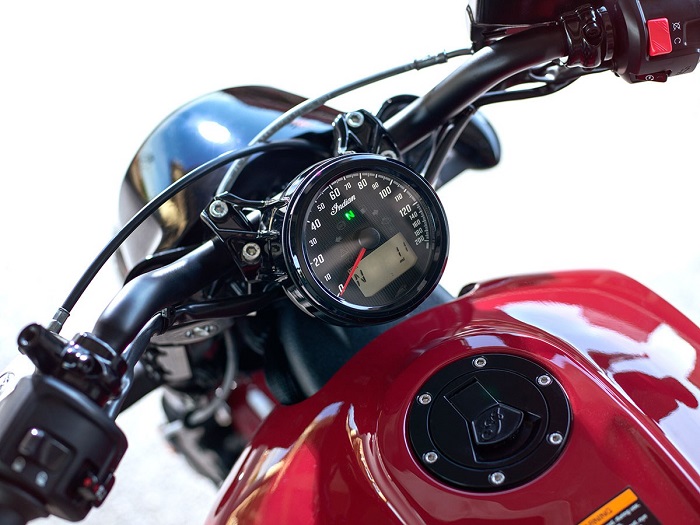 "We have introduced Scout Bobber to bring some edge to Indian,” says Ben Lindaman, International Product Manager at Indian. "Many Scout riders have already been bobbing their bikes to give them an aggressive and raw look. Scout Bobber is inspired by those owners and this new model will offer a great platform for even more personalisation.” 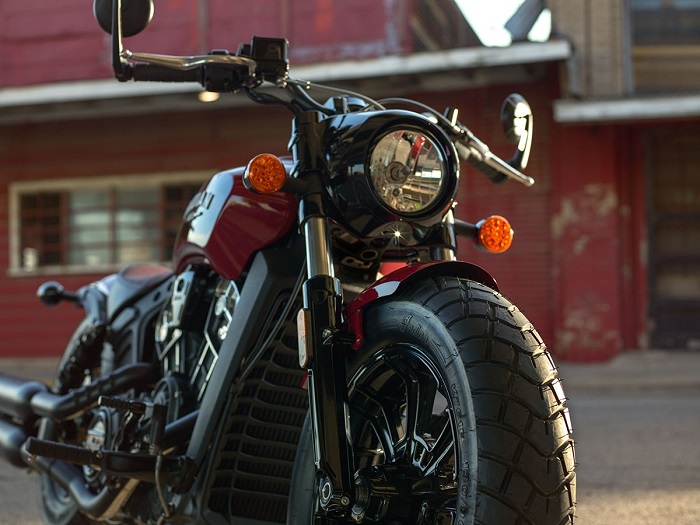 The Scout Bobber is priced at £11,299, with the first models delivered to dealers towards the end of this year.