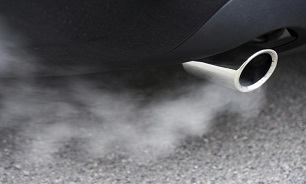 Khodrocar - The ever-growing popularity of SUVs is partly responsible for rising emissions, according to the Government’s environmental watchdog.

The Committee on Climate Change (CCC) says "the popularity of SUVs is cancelling out emissions savings from improvements in technology, with potentially serious implications for meeting the UK’s carbon budgets.”

The CCC’s condemnation of SUVs comes in response to the Government’s recently-published Road to Zero strategy, which sets out how new cars sold in the UK from 2040 will become "effectively” zero emission.

While the CCC praises Road to Zero for its focus on ultra-low emission vehicles (ULEVs) capable of emitting under 75 grams per kilometre (g/km) of carbon dioxide (CO2), it says the policy contains "an absence of measures to address the fast-growing market higher emitting vehicles, including Sports Utility Vehicles (SUVs)”.

Figures previously released by the Society of Motor Manufacturers and Traders (SMMT) show SUVs, which tend to be bigger and heavier than more established types of car, have average CO2 emissions of 141.3g/km. A typical small family car, such as the Volkswagen Golf, emits 115.8g/km, and an average executive car, such as the Mercedes C-Class, emits 121.6g/km.

Chris Stark, the CCC’s chief executive, said: "We are buying more cars in the UK and a greater proportion of these are larger and more polluting”, adding: "there needs to be a rebalancing away from the highest polluting vehicles. So far, the market has not delivered this.”

Mike Hawes, chief executive of the SMMT, defended SUVs, telling the Times the market was driven by consumer tastes: "SUVs are an increasingly popular choice, valued for their style, practicality, higher ride and commanding view of the road.

Hawes added that SUVs have become cleaner in recent years, too, citing "massive investment into advanced engine and battery technology, lightweight materials and aero-dynamics”, which have seen "average CO2 emissions from new dual-purpose cars [the industry name for SUVs] cut by 20 per cent over the last five years — the biggest reduction of any segment.”
Source: Auto Express
Tags: SUV ، Rising emission ، CO2 emission ، UK
Visit Home Send to friends Print
Share To:
subscribe to newsletter
Related News
Mitsubishi Outlander PHEV Remains Invincible In UK
Mercedes eCitaro Is An Electric, Locally Emission-Free City Bus
How to decide if a hybrid or electric vehicle is right for you
Hyundai and Audi partner on hydrogen fuel cell tech
Audi And Hyundai Team Up To Work On Fuel Cell Tech
Your Comment