A Hole in Auto Industry with the Size of France

Lion is king of the jungle, this is the most familiar sentence we know about the lion since our childhood but in today’s world we can see the meaning of lion in different aspects. 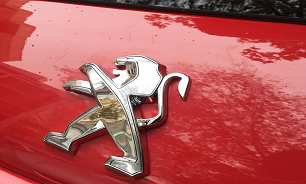 Khodrocar – last night, a predictable but notable news published in foreign and local websites about the PSA decision to exit Iran after the Trump’s talk. Peugeot – Citroen decided to left Iran and this is not its first time but this time they left Iran sooner than before.
Now, Iran’s auto industry left with some Chinese partner and governmental officials who don’t have the necessary action. By this happening auto industry and related industries don’t have hope for the future.
The act of Peugeot showed that lions want to be king of the jungle but this time they thought wrong about Iran’s market. They didn’t consider the negotiations about the compensation of previous contract, and they didn’t consider that we were the best exportation destination during their hard times.
The tragedy of Iran’s economy will be completed by the half way partners of auto industry and this tragedy will directly influence on the life of workers and final price of cars. This is a painful truth, the history has been repeated in different aspect and we are not taking lessons of it.
I remember once I wrote a note with the title of "the necessity of ministry of industry’s new action against French” and the next day ministry of Industry, Mine and Trade sent a reply to us and the minister mentioned: say to publish this description.
Descriptions weren’t say anything clear about the future but we published it but I like to get the answer of this note from the minister of Industry, Mine and Trade.