Despite boycotts left and right, Alpina won’t give up on diesel just yet. 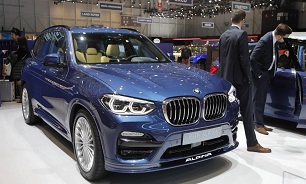 Khodrocar - Over the years, automakers have conceived a love-hate relationship with diesel as a result of strict emission standards. It has been perceived that diesel isn’t clean, that’s why some marques, like Volvo and Nissan, decided to fully abandon the fuel type in the next few years or so.

On the other hand, there are some, like Mercedes and Mazda, who still believe in the future of diesel, primarily because of SUVs. These big cars need more torque in their power plants without turning a blind eye on fuel consumption.

Looks like the pro-diesel faction gets a new recruit in Alpina, the independent performance tuner of BMW. Talking to WhichCar, Alpina’s head Andreas Bovensiepen still sees the future of diesel powertrains.

Bovensiepen said that BMW has enough technology to keep diesel clean. Using modern catalytic converters and AdBlue have proven very low NOx emission levels for the German marque. He’s pretty confident with the brand’s technology, citing Europe’s Real Driving Emissions testing as a way to keep the tests consistent even on real life driving situations. It looks like he isn’t afraid of emissions testing, and is ready to bet on it.

Alpina is a brand that invests heavily on diesel technology. In fact, its latest vehicles are available in powerful diesel mills only, like the XD3 and XD4, which are both based on its BMW counterparts but with towering performance figures like 900 Nm of torque. The company takes pride in those tuning figures, and expecting the new SUVs to bring more sales.

On the other hand, while Bovensiepen stands firm with how he sees diesel, hybrid technology is a dish he can't readily chew. He reckons that hybrid motors can make the car heavier, which is difficult for sporty cars. While BMW has already immersed itself in the world of hybrids, albeit, four-cylinder types, Alpina isn’t ready for the hybrid game just yet.
Source: Motor1
Tags: Alpina ، Diesel ، Diesel performance cars ، Nissan ، Volvo ، SUV
Visit Home Send to friends Print
Share To:
subscribe to newsletter
Related News
2019 FORD EVEREST REVEALED, HERE IN FOURTH QUARTER
Volvo set to ditch diesel, reports suggest
BMW Hits RETTmobil 2018 With Six Slick Emergency Vehicles
Absence of Electric Vehicles in Iran Automotive Industry
Your Comment